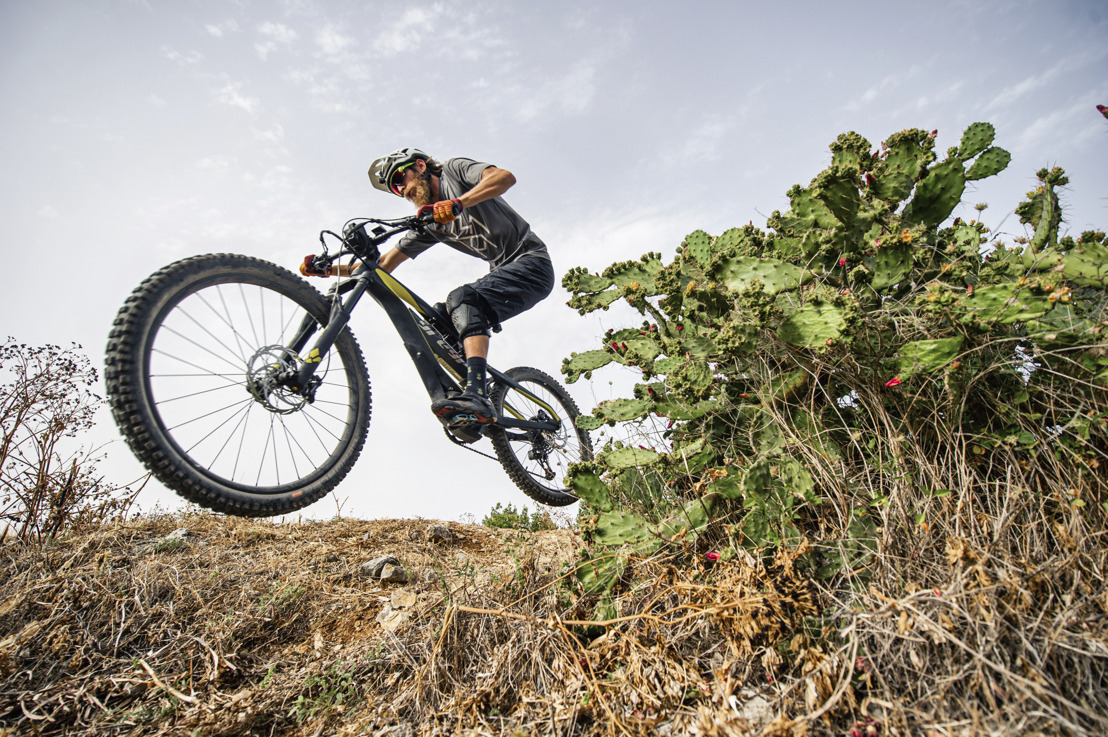 Friedrichshafen, September 2nd, 2021 – With the launch of the full-suspension G6 eMTB two years ago, Greyp Bikes made a clear statement of their vision and the role of technology in the eMTB segment. The Greyp G6 impressed the market with its connectivity features, and after two years, Eurobike became the place where the new and upgraded G6 models have been presented.
​
​Like all previous Greyp bikes, the new G6 generation features a Central Intelligence Module (CIM) which ensures a permanent connection with the Greyp App using an integrated eSIM card by T-Mobile. In addition, 1080p HD cameras (front and rear), regular software updates and a smartphone mount, round off the overall package. The free Greyp App comes packed with features like: Navigation, Terrain-based range, Fitness level monitoring and Video recording.

The new generation of G6 models is more diverse than its predecessors. Starting with the entry-level G6.4 which will only be available online, the range continues to the G6.5 and the top line G6.6 models, which come in Regular and De-Restricted versions.
​Components are even more diversified as the G6.5 comes with a Fox Float 36” front suspension and 29” Crank Brothers Synthesis wheels giving it a mullet setup. The same goes for the G6.6 which comes with s Formula Selva S front suspension and 29” Fulcrum ​ ​ E-fire front wheel, resulting in a more open head angle making the bike ride all the more fun.

One of the main features of the G6 is that the smartphone has become the main user interface. Unlike most existing e-mountain bikes, the G6 is full of built-in-sensors collecting a vast amount of data which is then processed, streamed to the cloud and then placed into context. This allows the bike to participate in its rider’s decisions and, even make decisions on its own in some cases. For example, the Greyp G6 adapts the level of the motor assistance based on the rider's heart rate, connecting the bike’s behavior to the rider’s heart beat. It can also detect accidents and start an emergency call procedure.

The new generation of Greyp bikes is constantly connected to the internet via integrated eSIM technology. This allows advanced features like remote control, data analysis, sharing, networking and many more that will create completely new riding experiences. eSIM technology that enables constant connectivity comes from T-Mobile and positions Greyp alongside the most advanced high-tech products worldwide. Each Greyp G6 bike is delivered with an active internet connection without the need for a physical SIM card or an additional account with a telecom provider and works in over 100 countries worldwide.

The electrical drivetrain is a gem on its own. The battery pack and integrated BMS (Battery Management System), developed and manufactured by Greyp, are some of the most compact in the industry, but still have an exceptional capacity of 700Wh, more than most other manufacturers. The motor, manufactured by MPF Drive, comes with Greyp specific firmware which allows excellent control and a powerful torque of 90 Nm through its 250W (460W) of smart power.

With all its features and stunning looks, the new generation of Greyp G6 bikes is a big milestone for Greyp Bikes and yet another step in the right direction.